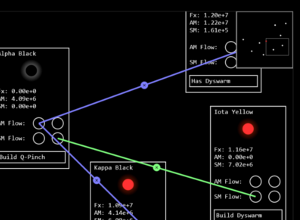 The Ruins of Proxima Centauri B 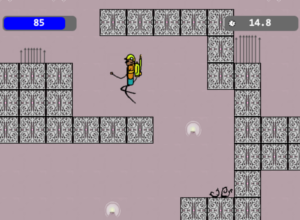 Together with a partner in crime game development, this game is set in the far future, where mankind flew to the stars to explore the endless mysteries of the cosmos. Quite near, on a planet in orbit around Proxima Centauri, they found ancient, alien ruins that demand exploration. It falls to the player to navigate through the strangely still active traps and retrieve an artefact of great power. 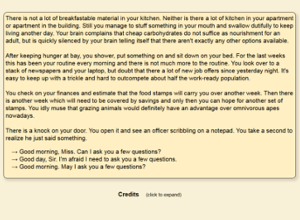 Less of a game and more a work of interactive fiction. I wrote the first chapter of a story set in an alternative future full of demons and hyper-intensive surveillance from the government. It is possible that this will get further chapters. 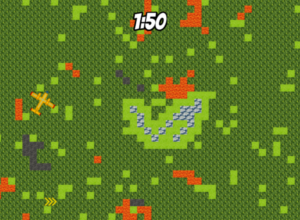 And only you can put it out! All that stands between the foresty landscape and a blazing hellscape is your trusty waterplane. Collect power-ups that help you extinguish the flames before they envelop more of the forest. This games was written with the same group as Minotaur. 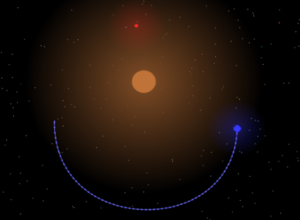 I made this game for the js13k game jam, where the entire game (including assets such as images) had to fit within the space of 13kb. The gameplay is simple, but difficult to master: You can reverse the movement of the probe for a small bit and you can reverse gravity, but you can't steer the probe. This makes gathering the orbiting asteroids tricky (and fun!) 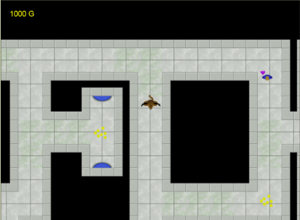 Written as the first team effort into game-making, this game places the player as the minotaur, who has to defend his labyrinth from invading adventurers. Those petty thieves want to steal everything that's not nailed down. 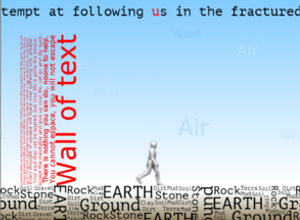 Sometimes reading a lengthy written work feels like being chased by wall of text. This game provides a small glimpse into the mind of a software developer riddled with fever-dreams when I was sick during participating in a game jam. 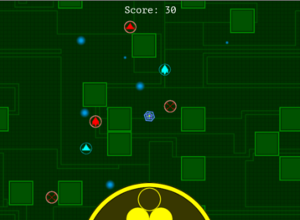 When all you have is a gun that makes friends of enemies, you adapt the best you can. After all, friendly fire can be useful if it's on the enemy's side. Defeat your enemies through the power of double negatives! 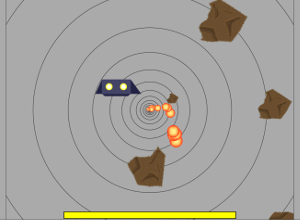 Trucking through space is a hazardous adventure. Dodging the asteroids and plasma balls that litter the hyperspace routes is hard work, but well rewarded. Become one of the many (maybe not quite) glorious freighter pilots that keep the space empire's trade routes busy!